Psoriasis is a chronic skin disease that causes red, scaly plaques anywhere on the body. It can decrease the quality of life, but there are effective treatments to control it.

What types of psoriasis are there?

Psoriasis can manifest as various types, including plaque psoriasis, guttate psoriasis, inverse psoriasis, pustular psoriasis and erythrodermic psoriasis. Let’s see below more details of each of them:

Plaque psoriasis, known as well as psoriasis vulgaris, is the most common type of psoriasis with 90% of people with psoriasis having this type. It is characterized by red patches covered with white or silver flaky scales. This scale layer can sometimes not be seen due to bathing and hydration.

These plaques are of different sizes and can be found in certain zones of the body, or, cover most of the skin. They usually appear on elbows, knees, the scalp, and the lower back. However, they can also appear anywhere on the skin.

Symptoms related to the appearance of psoriasis vary; they can by asymptomatic or they can produce itching, burning, pain or bleeding.

Guttate psoriasis (from latin guttae, which means “drop/droplet”) is a type of psoriasis that appears suddenly in the form of numerous droplet-like lesions and small plaques in the form of droplets. They usually measure between 2 and 15 mm in diameter. They are of a reddish color and can be covered by flaky skin layers that are thinner than those of plaque psoriasis.

Typically, these plaques appear on the trunk of the body and at the origin of the arms and legs, but can also appear in other places, like the scalp, hands, feet and nails. Some people experience itching, whilst some others do not feel any discomfort.

Guttate psoriasis is the second most common type of psoriasis after plaque psoriasis. It is the most frequent form among children or adolescents. The most common trigger leading to this
psoriasis is an infection of the throat by a bacterium called streptococcus. 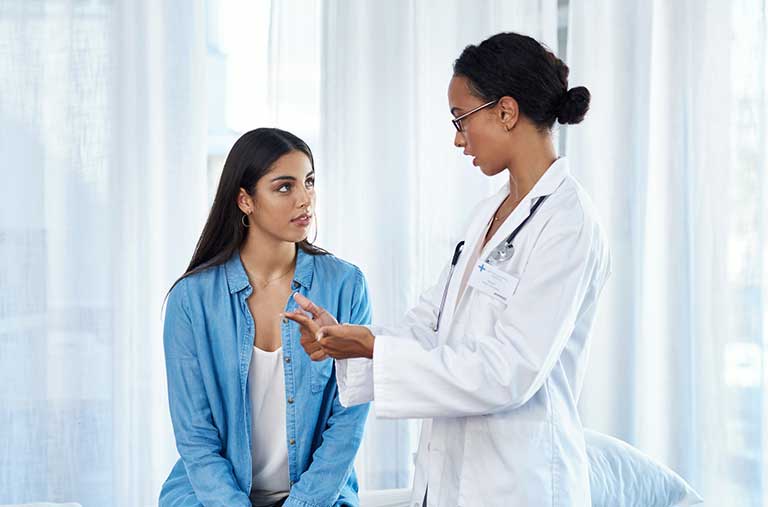 Most commonly guttate psoriasis disappears spontaneously after a few weeks or months but is possible for it to reappear intermittently. It can also persist and progress into plaque psoriasis.

Inverse psoriasis shows up as very red lesions in body folds, such as behind the knee, under the arm or in the groin. It may appear smooth and shiny. Many people have another type of psoriasis elsewhere on the body at the same time.

Pustular psoriasis causes small white or yellow blisters filled with sterile fluid (non-infectious). The surrounding skin is red and scaly. The pustules can group together in a cluster and form a single larger blister. When they dry, they come off.

It is a fairly rare type of psoriasis that mainly affects adults, as the first manifestation of psoriasis, or in people who already have plaque psoriasis. It can be triggered by taking certain medications, abruptly interrupting a treatment, or as a result of infections - and can also appear during pregnancy.

Depending on extension, pustular psoriasis can be generalized or localized.

There are two types of generalized pustular psoriasis:

Localized pustular psoriasis primarily affects the palms of the hands and soles. 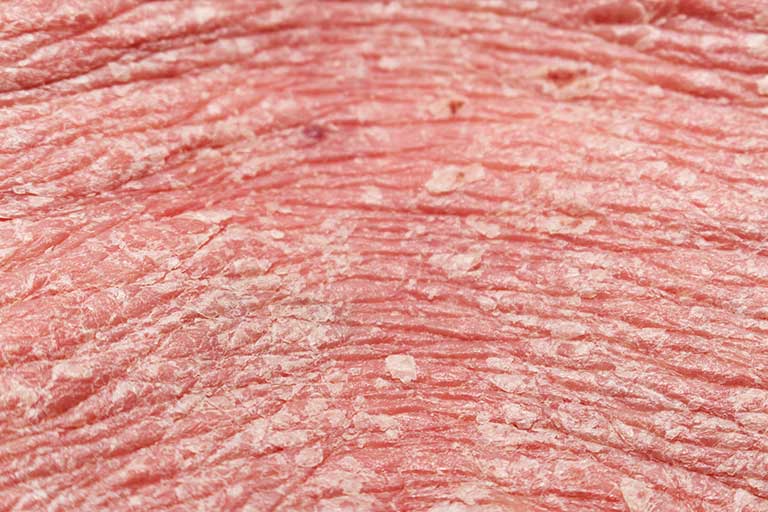 Erythrodermic psoriasis is the most severe form of psoriasis, but also the least frequent. It affects less than 3% of people with psoriasis. It causes almost all the skin to turn red and peel off in sheaths, which causes intense itching and pain.

The most frequent triggers of erythrodermic psoriasis are the abrupt withdrawal of systemic medications for psoriasis, the use of certain medications and infections.

Psoriasis in some areas of the body has special characteristics:

Is psoriasis a common condition?

It affects men and women equally and occurs more commonly in adults than in children. Psoriasis can occur at any age. While some studies indicated the average age of onset for psoriasis was 33 years of age, and 75% of cases occurred before 46 years of age (93), others suggested that the onset of psoriasis was bimodal with two peaks of the disease –  the first between 16 and 22 and the second between 57 and 60 years of age.

Will I pass on psoriasis to my child? Is psoriasis hereditary?

Psoriasis has a hereditary component. That is, if you have psoriasis, your child is more likely to have it than other people. However, there are other factors that also play a role. The most important risk factors for psoriasis are obesity, smoking, alcohol use, infections, stress and some drugs.

No, psoriasis is not contagious, neither by contact nor by any other transmission mode.

Can psoriasis be cured?

Psoriasis cannot be cured. At present, there is no treatment that cures psoriasis. However, there are many medications that control the symptoms and allow you to lead a normal life.

Is psoriasis a serious condition?

Most people have mild psoriasis that is controlled with certain measures (such as hydrating the skin daily) and topical medications.

However, in some people, the disease affects a larger skin area or the joints or has a significant impact on the sufferer’s well-being and quality of life. In these cases, psoriasis may require other medications, either in tablets or in an injected form. Adequate and effective treatments are available for each person and for each type of psoriasis.

How will psoriasis affect the quality of life?

Psoriasis is a visible disease and because of that it can affect your quality of life. However, it does not impact all the people in the same way. It depends on many factors, such as the extension and intensity of the disease, the social environment and the personality of the sufferer. Anxiety and depression are frequent. To improve your quality of life, it is important for you to follow the treatment prescribed by your doctor, to maximize remission times and reduce the risk of other psoriasis-related diseases.

What is the disease course of psoriasis?

It is not known. It is impossible to predict how psoriasis will evolve in a specific person, or how long the flare-ups and remissions will last.

The doctor will adjust treatment based on disease course.

What foods cause psoriasis?

To date, diet has not been shown to be a risk factor to develop psoriasis. Therefore, there is no known food that causes psoriasis. Moreover, there is no scientific evidence to support a "diet for psoriasis".

However, it should not be forgotten that obesity is in fact a risk factor for psoriasis. Hence, following a hypocaloric or low-calorie diet to lose weight is beneficial for overweight people. In addition, psoriasis can be associated with cardiovascular diseases, and, therefore, a healthy, balanced and beneficial diet for the heart, such as a Mediterranean diet, is highly recommended.

Furthermore, if you have psoriasis and celiac disease, eliminating gluten from your diet can improve psoriasis, according to the National Psoriasis Foundation, which, on the other hand, does not recommend this type of diet in people without gluten intolerance.