All about Atopic dermatitis

Atopic dermatitis (AD), or atopic eczema, is a non-contagious chronic, inflammatory disease of the skin.

What is Atopic Dermatitis?

Atopic dermatitis (AD), or atopic eczema, is a non-contagious chronic, inflammatory disease of the skin. It is recurrent, intensely pruritic (itchy), with periods of improvement and flareups. It mainly affects small children but can also occur in many adults.

Patients' skin shows red or brownish patches, dry, cracked or squamous skin, and pruritus appears particularly at night. In infants, eczema generally occurs as small bumps on the cheeks, while older children and adults usually have rashes on knees or elbows (often in the folds of the joints), on the back of hands or on the scalp.

Patients with AD are at a higher risk of developing a secondary skin bacterial and viral infection. Certain clinical signs, such as crusting, of purulent exudates (commonly known as pus) and pustules (swellings) may occur with localized infections or active dermatitis. 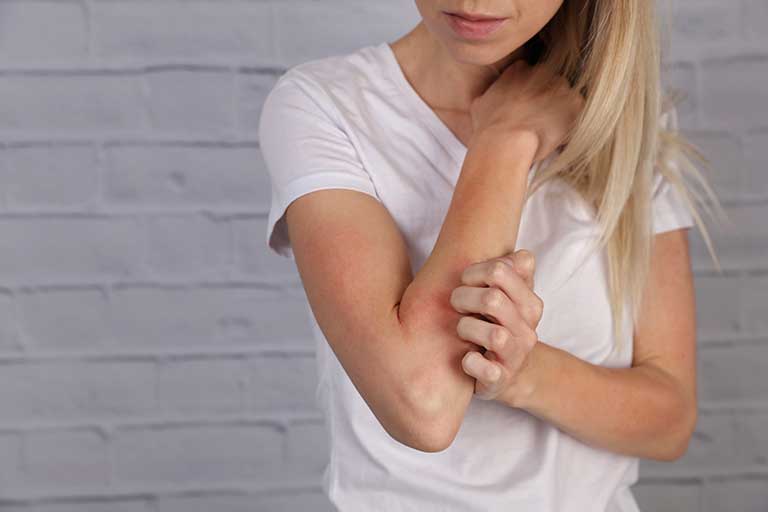 Diagnoses of new cases of AD are constantly increasing, with a prevalence ranging from 10% to 20% in children worldwide and up to 3% in adults. 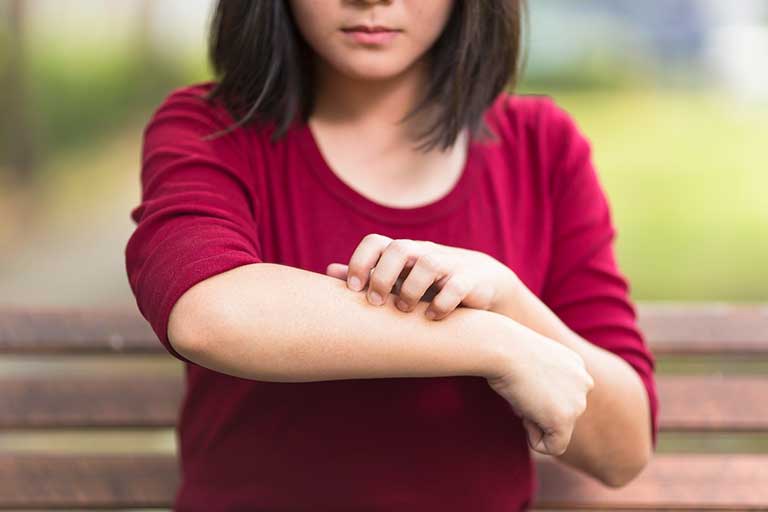 The exact cause of AD is not completely clear. It may involve genetic and environmental factors leading to abnormalities in the epidermis and the immune system.

Atopic dermatitis can appear, or are up, when a person is exposed to something in his or her environment. This is commonly called a trigger. Known triggers for atopic dermatitis include exposure to allergens such as pollen, pet dander (shedding) or peanuts, or by stress, dry skin and infection. Skin irritants such as some fabrics, soaps and household cleaners may also trigger an atopic dermatitis flare.

How to detect Atopic Dermatitis

AD is characterized by an inflammation of the skin associated to intense pruritus (severe itching), which is usually worse at night. AD is one of the most pruriginous skin diseases (itchy eruptions), and pruritus is the first symptom of relapse. In severe cases, patients scratch the areas with AD until bleeding occurs.

Pruritus is an essential diagnostic characteristic of AD associated with other clinical criteria, such as eczematous appearance, red or brownish patches, dry, cracked or squamous skin. AD looks different in infants, children, and adults. In infants, eczema generally occurs as small bumps on the cheeks, while older children and adults usually have rashes on knees or elbows (often in the folds of the joints), on the back of hands or on the scalp.

Patients with AD have significant sleep alterations due to the intense itchiness it causes. These alterations include difficulty to get to sleep, frequently waking up at night, and difficulty to wake up in the morning. Insomnia and decrease in total sleep time lead to drowsiness during the day, tiredness, irritability, decrease in concentration, alterations in growth hormone secretion, and behavioral and discipline problems.

AD may be classified in two different types:

* IgE (Immunoglobulin E) is an antibody produced by the immune system to protect the body from bacteria, viruses, and allergens. IgE antibodies are normally found in small amounts in the blood, but higher amounts can be a sign that the body overreacts to allergens. 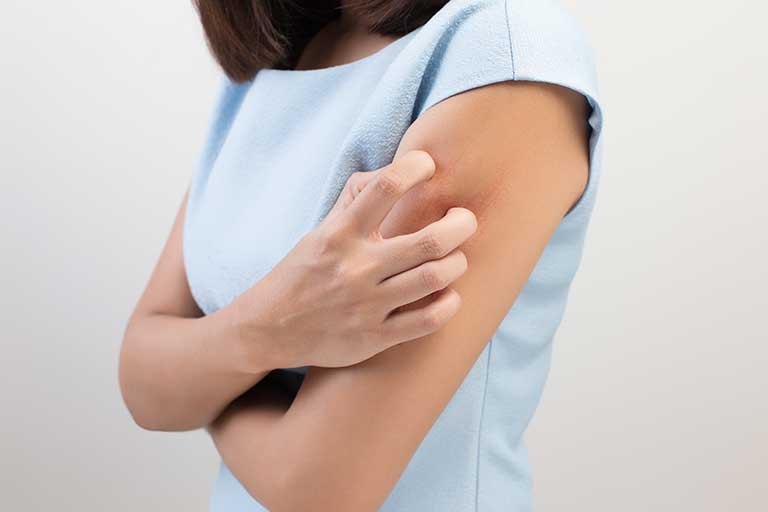 Atopic Dermatitis and other diseases 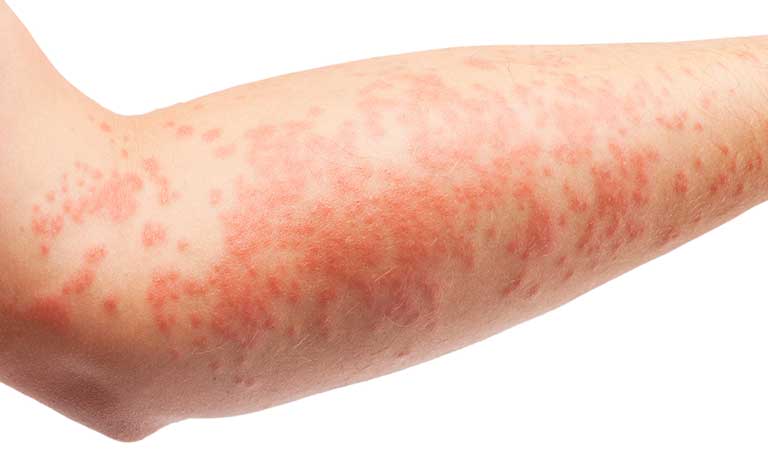 There are no specific diagnostic tests to define AD severity. Therefore, clinicians rely on clinical measures to define severity of disease and assess outcomes of therapy. These measures can be objective (i.e. physician assessments of disease severity) or subjective (i.e. patient reported symptoms and quality of life [QoL] outcomes).

Among these measurements, Eczema Area and Severity Index (EASI), SCORing Atopic Dermatitis (SCORAD) and the Physician-Investigator Global Assessment (PGA or IGA) are AD-specific physician outcome measures mostly used in both clinical trials and in a clinical settings.

The intensity of pruritus, the presence or absence of sleep disorders, the number and location of the affected areas, and the clinical course of the disease are severity indicators also provide information about the severity and to make treatment-related decisions.

Impact on Quality of Life

The physical effects of atopic dermatitis are evident: dry, itchy, red, and inflamed skin. The emotional effects are not as obvious. People, especially children, may feel singled out for looking different, which is exacerbated when the disease limits important activities such as sports. People with atopic dermatitis must also cope with the lack of understanding from others, along with the unfounded fear that atopic dermatitis is contagious.

Atopic dermatitis can also impact family life. Medical visits, time-consuming treatments and alternate sleeping arrangements to manage symptoms affects everyone in the family. Sleep deprivation is a common side effect of eczema, as the itch/scratch cycle can prevent a good night’s sleep. Inadequate sleep can impact academic, social and/or work life.

Can Atopic Dermatitis be Prevented?

Approximately 20–30% of children whose one parent is atopic and about 40–50% of children with two atopic parents develop atopic allergy. However, a significant increase in the incidence of AD in developed countries over the past three decades cannot be explained by genetic predisposition only. It seems to be reasonable that there are other factors that influence the development of AD.

Primary prevention applies to children with no signs as yet of the disease, but who are predisposed to atopic diseases. It focuses on activities that will reduce the risk of developing AD in the future. The beneficial methods which can protect against development of AD are: 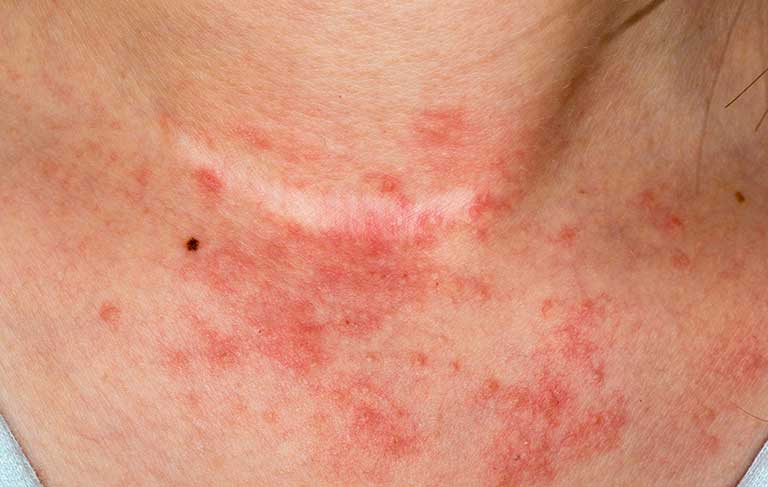 Secondary prevention refers to subjects with diagnosed AD and consists of measures aimed at preventing the appearance of skin lesions as well as reducing the use of strong pharmacotherapy. The most important recommendations in secondary prevention are:

Whether you bathe or shower, it is preferable to use non-irritant and mildly acid soaps or cleansers without soap. Furthermore, it is recommended to apply a moisturizer on the skin (affected or not by AD) within 3 minutes after bathing or showering; for optimal hydration, apply it at least twice a day.

How is Atopic Dermatitis treated?

There is no total cure for AD but there are many effective treatments. Flares can be treated with topical steroids, non-steroid topical creams and phototherapy. Systemic drugs are also used to control flares.

In additional to treatments, it is important to have a regular schedule of care that includes bathing with a gentle cleanser and moisturizing to lock water into the skin.

We use our own and third-party cookies for statistical purposes.

You can set your preferences (including rejection) or accept them all. If you need to learn more, please read our Cookie policy

We use our own and third-party cookies for statistical purposes. You can set your preferences (including rejection) or accept them all. If you need to learn more, please read our Cookie policy

The use of technical cookies is necessary for this web page to function correctly. Without them, you may experience problems viewing the page correctly.

We use analysis cookies in order to obtain information on the performance of our web page. They allow us to detect areas in which we can improve your experience according to your use of the page.